Free shipping throughout France from 50€ purchase

DIVIE met Germain CHAUVEAU, artistic director and founder of Bold and Tall. He agreed to answer our questions.

You are the artistic director of DIVIE. Can you tell us about the genesis of the project?

Alexandre contacted me during the first confinement to tell me about his project. He explained me the genesis and I was pleasantly surprised by his approach which broke the clichés that I could have of CBD. Moreover everything was to be created: the logo, the visual identity, the packaging, the image of the brand. I accepted because the idea was to take the opposite of what could be done, and to make a real product as beautiful as good and to be part of a more upscale approach. We agreed immediately on the desire to get away as much as possible from the “easy” imagery of this product: cannabis leaf and others and to slightly feminize the CBD.

How did you work?
I come from the press, I spent seven years as art director of Vogue and two years at ELLE magazine, and the goal was to have the same high standards for the image as for the quality of the product so that people would have the same pleasure when they discovered the box as when they opened their favorite perfume. The packaging plays both on the very natural side: the exterior is clear, sober and raw; and to surprise by slipping the sleeve on a frank red almost like a lipstick. We wanted to be able to put DIVIE in our bag without hiding from it.

It’s rather far from your previous experiences. Why did you accept?
First, because Alexandre knows how to be very convincing! And then the fact of being involved from the very first days of the brand, of being able to create “from scratch” was an exciting challenge.

Did you know about CannaBiDiol before Alexandre contacted you?
To be honest, not really and I had a rather not very positive image of it and very far from my way of life: I am vegetarian, I eat organic and I have never been attracted by artificial paradises… Alexandre explained me well the difference between THC and CBD. I also talked to my ethiopathe who explained me the benefits of CBD and I tried it, but I was not very convinced. I must admit that I was wrong: I felt a certain appeasement and a real muscular relaxation (from the trapezius to the toes passing by the belly.) and also a greater serenity before a speech in public.

No products in the cart.

Your wishlist is currently empty. 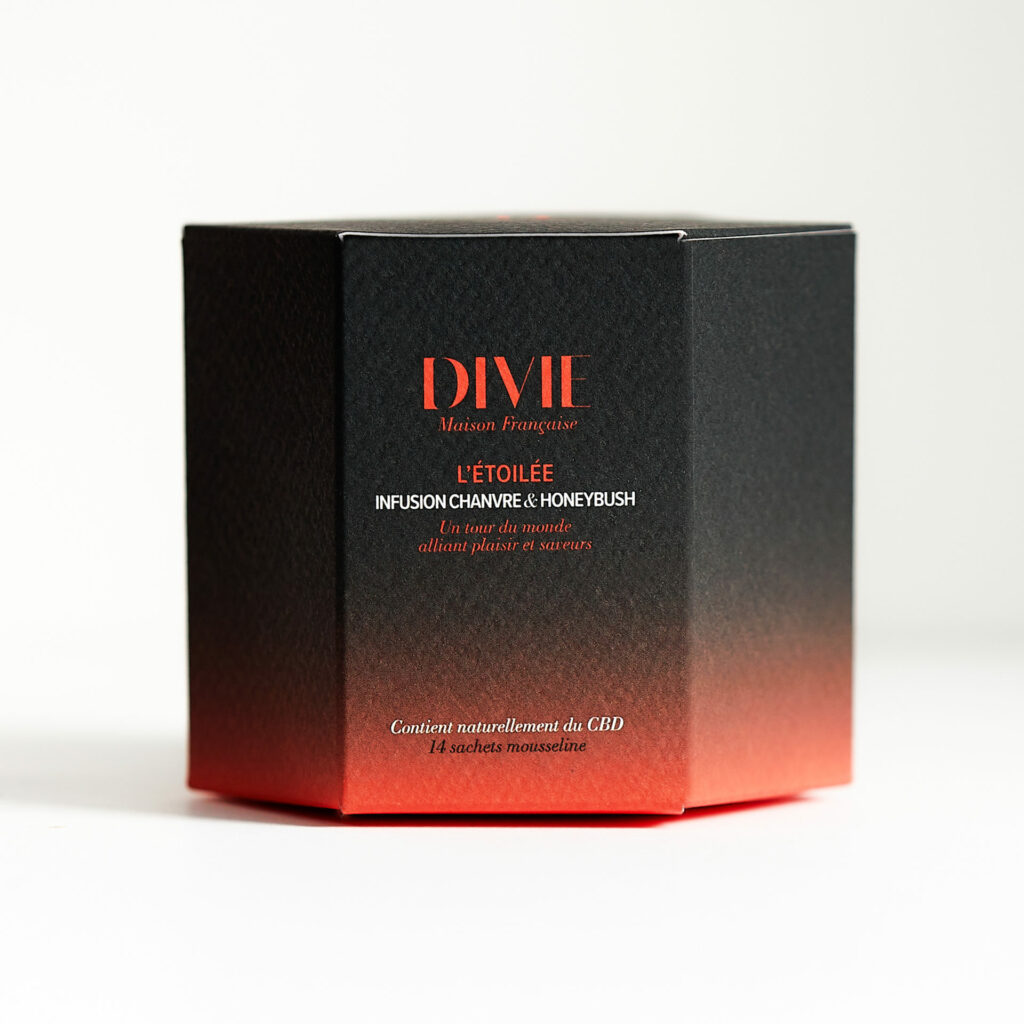